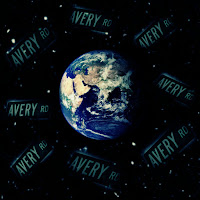 Consider the case of Wisconsin v. Steven A. Avery, featured in the Emmy-winning documentary, Making a Murderer.

In post-conviction litigation, the once-exonerated Steven Avery presents game-changing evidence to the Wisconsin state judiciary exposing law enforcement in its second frame-up job against Avery for homicide in 2005.

The second frame-up was committed shortly after Avery prepared evidence for his $36-million civil rights suit for misconduct in the first frame-up (Ferak, Appleton Post-Crescent). Law enforcement officials reasoned if they could pen a homicide case onto Avery, the resultant prosecution would silence the multi-million-dollar civil action.

Brady violations are instances when law enforcement disregards its duty to notify a defendant of exculpatory evidence — for the police purpose of securing a conviction, then defending the wrongful conviction.

By effectively blocking exculpatory evidence that law enforcement controls or accumulates, law enforcement becomes the architect of court proceedings to arrive at guilty verdicts and other rulings disfavorable to the defense.

This imposed system that a defendant must navigate is found to violate defendants' civil liberties and Due Process in Brady v. Maryland, (373 U.S. 83 (1963). See also Wisconsin v. Gary Lee Wayerski, from the Supreme Court of Wisconsin, (2015). [Under Wayerski, the Court finds that the prosecution must fulfill its Brady obligation by alerting defense to exculpatory evidence in its possession, even if the evidence is also housed elsewhere.]

In Avery's post-conviction litigation, the Wisconsin Dept of Justice refuses to even respond in legal filings to chronicles of Brady violations and new evidence brought forth, much less accede to a hearing or vacating a corruptly secured conviction, least exposure brings the State to public ridicule.

Instead, the DoJ under direction of Attorney General Joshua Kaul (D) makes motion after motion to delay and block the courts from even considering a request to consider a hearing.

So, while the Brady v. Maryland case acclaiming Due Process is 58-years-old, there is no enforcement guarantee or Constitutional ethics in the Wisconsin judiciary that compels law enforcement to follow the law, so law enforcement flaunts its obligations and judges turn a blind eye.

The anti-Brady ethos lives in Avery's post-conviction litigation as the State of Wisconsin filed a frivolous motion that is demonstrably false and that, further, defames and personally maligns Avery's attorney, Kathleen Zellner (Wisconsin legal filing, April 16, 2021).

In response, attorney Zellner penned a devastating chronicle of State conduct that shows the Wisconsin Dept of Justice to be engaged in serial law-breaking and hostility to its law-breaking being mentioned in Court at the costs of an innocent man's life.

But the State's reply to Avery's April 22, 2021 chronicle of State misconduct is to strike the whole reply from the record. More game-playing.

There is a huge body of Constitutional law that makes explicit citizen's rights.

The State of Wisconsin will never heed to this law while a corrupt judiciary keeps rewarding bad faith and ill will of the government towards the citizenry for the purpose of securing injustice.

Attorney General Joshua Kaul, who assumed office in 2019, has conspicuously failed to launch any DoJ investigations into law enforcement, including his own department, despite the widespread criticism of police, Ken Kratz, Tom Fassbender (Wisconsin Division of Criminal Investigation investigator (Ret)) and Mark Wiegert, (current Sheriff of the Calumet County Sheriff's Office), for example, in the Avery case.

Kaul's mother, former Wisconsin Attorney General Peg Lautenschlager (2003-2007) worked to clear law enforcement of misconduct in the first east-central Wisconsin crime pinned on Avery for which he was exonerated in 2003. [Wisconsin Dept of Justice report of the investigation and prosecution of the wrongful conviction of the exonerated Steven Avery; authored by Amy Lehmann, Deb Strauss, Dec 17 2003.]

Point is high Democratic Wisconsin state officials remain opposed to Constitutional rights, and advocate, instead, for law enforcement which has grown into a grave threat to the lives and liberty of Wisconsin citizens.

Watch this space for updates on the Steve Avery post-conviction case.

Like a psychopath with his knee to Avery's neck, the State of Wisconsin works to bleed the life out of an innocent man.

And there is nothing law enforcement can inflict that the Wisconsin Dept of Justice will not defend.