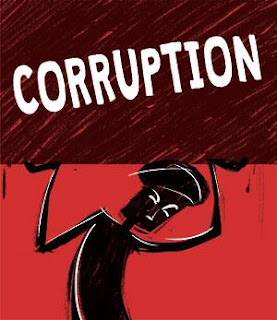 Update II: World's worst mother, Barb Tadych, who fed her innocent son, Brendan Dassey, alone in a room with two police tree jumpers resulting in a life sentence, now wants her step-son, Brad Dassey, in prison too. June 17, a judge will decide whether to imprison another innocent Dassey on unfounded criminal charges heard by the Manitowoc County judiciary, known for corruption and stupidity.

Update: Analysis of the Manitowoc County District Attorney's ridiculous Summons, relying on the even more ridiculous reports of the Sheriff's Office and Barb Tadych reasons that since the TRO and petition for restraining order were denied May 3, the TRO is not enforceable on its face. Brad Dassey will prevail again, but the take-away is Barb Tadych, the DA and the Sheriff all worked together to get Brad arrested, convicted and imprisoned. Sound familiar?

For readers wondering whatever happened to the most corrupt county in America — Manitowoc County, Wisconsin — cops there are searching for new victims, and protecting wrongful convictions through the corrupt conduct of their office of public trust, under color of law.

One of the world's worst mothers, Barb Tadych, Brendan Dassey's mother, is featured in the Emmy-winning documentary, Making a Murderer. 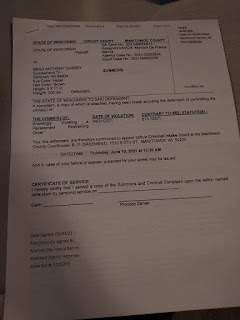 Tadych is a major figure in the grotesque frame-up scheme against Steven Avery and Brendan Dassey.

In 2005, Tadych fed her 16-year-old son, Brendan, who has a severe language impairment and 70 IQ, to corrupt Wisconsin law enforcement [Tom Fassbender (Wisconsin Division of Criminal Investigation investigator (Ret)) and Mark Wiegert, (current Sheriff of the Calumet County Sheriff's Office), who interrogated Brendan alone in a room], the better to elicit words that the cops could falsely state constituted a confession to murder of Teresa Halbach.

Bobby Dassey is now a key suspect for the 2005 murder of Ms. Halbach, (for which Brendan and Avery were convicted in 2007), and a witness came forward last month attesting he saw Bobby Dassey planting Halbach's Rav-4 on Avery's property. 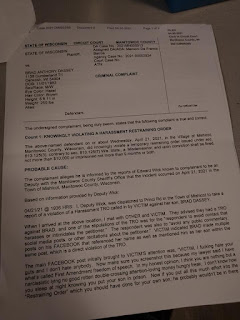 In April 2021, faced with compelling evidence Bobby Dassey may have been responsible for killing Ms. Halbach, and was responsible, in part, for framing Steven Avery, [a legal argument that "directly connects Bobby to the crime charged [against Avery Brendan Dassey]," (Avery Motion for Remand and Stay of Appeal, April 12, 2021, p. 5), Barb Tadych's response was not to condemn the odious Manitowoc County Sheriff Dept and other law enforcement for its actions after this spectacular new development.

Instead, Barb Tadych reached out and colluded with the very Manitowoc County Sheriff Dept that has terrorized innocent people for decades. This time their target is Brad Dassey, half-brother of Brendan and Bobby. Tadych had already thrown one son to the wolves, so, she apparently reasoned, why not another?

Barb Tadych and the Manitowoc County Sheriff Dept remain close, even after Tadych's move to sacrifice Brendan caused Tadych to criticize the cops, in regret. 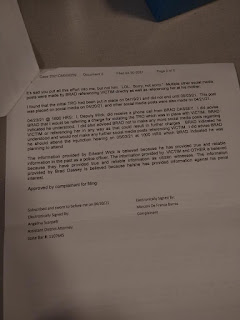 After Tadych's ridiculous petition of a harassment injunction against Brad Dassey was dismissed on May 3, the Manitowoc County District Attorney mailed a criminal summons also dated May 3 to Brad Dassey, citing a polemical and sketchy Manitowoc County Sheriff Dept report alleging Brad Dassey violated the Temporary Restraining Order, though ultimately the TRO and Barb Tadych's harassment petition were denied on May 3.

Corruption County wants Brad Dassey for his criticism of the Sheriff and Barb Tadych, and it will not stop.

And there is nothing law enforcement can inflict that the Wisconsin Dept of Justice will not defend.

Brad Dassey has set up a legal defense fund. Readers are invited to contribute.

Phone calls to the Manitowoc County District Attorney's office this morning were not successful.

The cause of justice is not the cause of the Wisconsin Dept of Justice and other corrupt Wisconsin law enforcement.