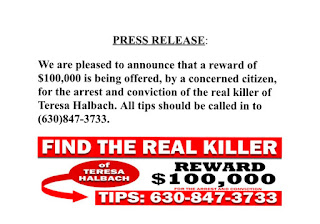 In his defense, the sex offender Kratz claimed he is an addict and victim of a medically diagnosed  Narcissistic Personality Disorder that made Kratz uncontrollably arrogant — transforming him into a "dick," as termed by Kratz in 2016, (p. 13, Supreme Court of Wisconsin, Huffington Post).

The dick is back.

Following years of Kratz falsely purporting to be a practicing private attorney in Wisconsin, Kratz has now dropped this pretense after the intercession of the Wisconsin Office of Lawyer Regulation (OLR) last Summer.

Referee Jonathan Ziesner notified the author, Michael Leon, of a June 19, 2019 grievance against Kratz that Kratz "has made several changes in response to your grievance."

The grievance reads in part:


Kratz was fraudulently portraying himself as an active-status attorney with a license to practice in good standing. ...

Further, an examination of Mr. Kratz’ historical information maintained by the State Bar of Wisconsin and Office of Lawyer Regulation reveals that from 2014 to 2019, Mr. Kratz’ license to practice law in Wisconsin was suspended for discipline, and for administrative deficiencies, a status continuing today. [See attached exhibit.]

In falsely advertising his ability to practice law with a suspended license between 2014-2019, Mr. Kratz has committed a continuing act that reflects adversely on his honesty, trustworthiness and fitness as a Wisconsin  lawyer.


The grievance includes several exhibits that show Kratz purporting to be an attorney in his social media profiles including Facebook, Twitter, Reddit and Linked-In as late as June 2019.

Kratz used the false description to fraudulently promote himself to 1,000s of rightwing social media followers.

Kratz is infamous as the corrupt prosecutor of Steven Avery and Brendan Dassey convicted for the murder of Teresa Halbach, featured in the Emmy-winning Making a Murderer docu-series, (Netflix, Inc.).

Kratz engaged in a character assassination tour against Avery after Kratz' resignation that included Kratz writing a letter to Avery under the auspices of his disbanded law firm. In the 2015 letter, Kratz taunted Avery for legally seeking exoneration in post-conviction litigation.
--
In other recent developments. Steven Avery's attorneys signaled they will file a massive brief in state appellate court on October 14, 2019 in closely watched post-conviction litigation.

Meanwhile, Kratz announced in social media that the publisher of his 2017 monograph on the Avery-Dassey case will release an updated paperback version this year. ---

Wisconsin's Manitowoc and Calumet counties continue as a haven for corrupt law enforcement that brings continuing condemnation from attorneys and other human rights advocates as among the worst in the country.

This cop was so confident framing people you can tell he’d been doing it to hundreds of innocent people. Right in front of his partner, who probably knew. Likewise, I believe Manitowoc’s brazen evidence planting against SA probably came after years of successful corruption. https://t.co/M6Rkq7f2Ra
— Jerome Buting (@JButing) September 20, 2019