About 100 residents gathered in late December for the annual Meadowood
Health Partnership Christmas Community Dinner at Good
Shepherd Church on Dec 21, 2022 on the southwest side.

The atmosphere, attendees reported, was thick with a sense of community and solidarity that had perhaps waned after Covid-induced isolation and Winter blahs tending to occur with less Sunlight.

Community victories for peace over violence and bad will are common in the Meadowood neighborhood.

During a somewhat trying time of temporary duration some five years ago, Meadowood experienced problems from a small number of burdening fascists who menaced, vandalized and generally made a public nuisance of themselves.

With the determination of community activists and Madison Police, the problem has now vanished.

Similarly, a troubled and bizarre director of the Madison School District Neighborhood Center in the Meadowridge Shopping Mall halted his pattern of harassment against residents that had become locally notorious, after local peace activists and Meadowridge Library staff voiced complaints.

At the neighborhood Meadowridge Library, early-voting and proactive voter accessibility has become a model for the State.

As the Meadowood neighborhood looks to 2023, the new Los Atlantes Mexican Restaurant and Bakery is thriving in what used to be regarded as a veritable food desert, (WISC-TV).

Love as an economic, social and spiritual force is generating tangible results in Madison's Meadowood Neighborhood. 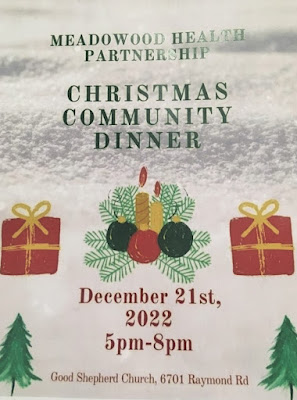 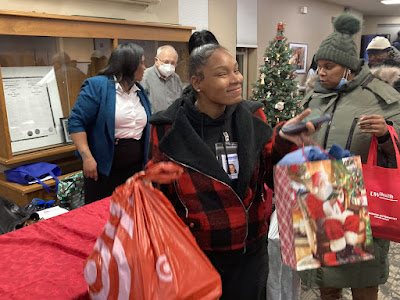