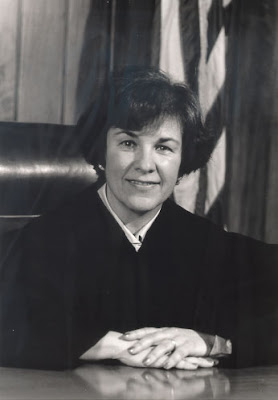 Update: Observers fear Van Hollen’s election lawsuit will cause problems
We have a corrupt Attorney General Van Hollen fronting for the national GOP against Wisconsin's Government Accountability Board (GAB) that is sticking up for Wisconsin voters.
Van Hollen's DOJ Complaint was filed with Dane County Judge Maryann Sumi's office.
So who is Maryann Sumi?
Sumi is listed as a supporter of former Wisconsin Supreme Court Judge Louis Butler on his website for his unsuccessful reelection bid.
Butler was defeated by the GOP political machine on April 1 by former Burnett County Circuit Judge Michael Gableman.
Sumi has been on the bench since 1998 and enjoys a reputation as a fine jurist and political liberal, informed observers say.
Posted by MAL at 3:16:00 PM