Marine Betrayed by the VA 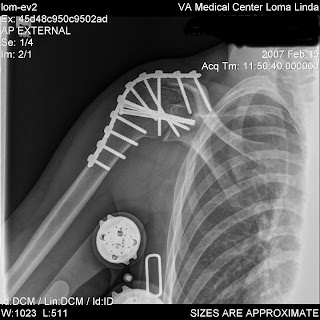 [Author's note: This piece quotes heavily from a letter written by Mr. Mark W. Anderson in April 2007 to his current VA primary care clinic in Las Vegas, Nevada. Anderson contacted me some two weeks ago after reading about the VA and a US Atty's jailing of a Vietnam-era veteran, Keith Roberts, on fraud charges. "We gotta get Roberts out of there," said Anderson. Below is Mark Anderson's story of a Marine betrayed.]

Among the most unpleasant places that one can occupy in this world is the space between a US Marine and his objective.

No joke, if you want a job done, the iconic American advice to “Send in the Marines” endures.

Cpl Mark W. Anderson was an exemplary Marine infantryman with the 3rd Battalion, 5th Marines, 1st Marines Division from 1995 to 1999, who left for boot camp two days after he graduated from high school in Lakeville, Minnesota.

Anderson won’t talk about the praise he earned for his service. So I’ll cite some here.

“(Cpl Anderson’s) character has earned him the respect of seniors and peers alike. I would actively seek to serve with a Marine of his caliber in any capacity.”
- First Sergeant Carlos R. Rios; May 17, 1999

“Cpl Anderson’s strong points are his powerful drive and dedication. … He is a proven, top quality organizer, administrator, and manager whose potential for increased responsibility and authority is boundless.”
- Gunnery Sergeant V. Higgins; May 17, 1999

But after his honorable discharge from active duty in 1999, this man of drive and dedication did not foresee the treatment he was about to be accorded by the U.S. Department of Veterans Affairs (VA).

“I have never suffered such indignities as I have courtesy of the VA. Not even during boot camp in the Marine Corps have I been made to feel so horrible,” wrote Anderson.

Anderson severely injured his shoulder in August of 1997 at the Marine Corps Mountain Warfare Training Center in Bridgeport, California, but he “did the Marine thing and sucked it up.”

But the shoulder became worse over the next two years, and right before he left the Marines he underwent his first surgery in March 1999.

Over the next 10 years, the shoulder became a chronic condition, easily aggravated, and Anderson had to actually physically hold his shoulder in place to keep it from grotesquely dislocating; it's held together artificially. [See the x-ray graphic at the top-right of this page taken in February 2007.]

But neither his service nor his injured shoulder brought him much respect when Anderson complained to the VA about his reaction to a mandatory Anthrax vaccine, and what Anderson came to assert was his use as a human guinea pig.

The Anthrax Vaccine Immunization Program (AVIP) was inaugurated by the Clinton administration in 1998.

Anderson’s unit was part of a small group (from 1998 to 2000) for whom the anthrax shots were mandatory.

Explains Anderson, “At that time, the stated policy of the Pentagon was to inoculate everybody in all four branches of the military, both active and reserve components. That would have been 2.5 million people. Because of all the damage the program was doing in terms of health and troop retention, the program was halted in the year 2000 after inoculating about 500,000 troops.”

Anderson’s unit started the anthrax vaccine series in February of 1999, shortly before Anderson was scheduled to be discharged on June 11th, 1999.

The problem with the vaccine?

Anderson’s problems with other side effects continued after his discharge and he went to the VA Medical Center in Minneapolis to seek treatment.

“So, I would present myself to the VA with eczema literally over my entire body. And you know what? Despite being an objectively verifiable health problem, (this) was said to be in my head. I walked around with it for weeks before I finally got a proper diagnosis outside of the VA, at which time I was administered a cortisone injection and it then cleared up a few days later.”

The VA and Anthrax

Anderson had reason to be concerned. Other troops who received the vaccine program began to complain about a variety of incapacitating ailments and in 1999, a Dover, Delaware Air Force Base commander took an unprecedented step and unilaterally halted the program on his base, later asserting that his troops were used as "guinea pigs," the very contention echoed by Anderson.

A March 1999 report by the General Accounting Office (GAO) accused the Defense Department point blank of a “pattern of deception” in the GAO’s investigation into the growing number of troops complaining about the vaccine program.

But the VA did not want hear anything about veterans’ complaints about the vaccine program, and they treated the man like a dangerous lunatic.

“My problems with the VA started as soon as I began to mention the anthrax vaccine,” said Anderson.

Anderson’s keeps his medical records and on the day that he mentioned that he felt like a guinea pig and that his shots were unnecessary because he was just weeks away from his discharge when he received the shots, the Minneapolis VA Medical Center treated him essentially as a dangerous conspiracy nut, and abused and humiliated this proud and intelligent Marine.

Even now, Anderson has an I-just-can't-believe-it tone to his voice when he talks about the VA to whom he went for help, not insults questioning his mental fitness.

"If you were to believe the Minneapolis VAMC, I went from being a good Marine to a crazy civilian in a matter of days."

“Notice what is missing from those notes. There is no explanation of what violence I engaged in, because I never did. It is just a bunch of subjective, platitudinous innuendo that the Minneapolis VAMC used against me because I dared mention the anthrax vaccine. I got labeled as somebody who is paranoid, engages in ‘bizarre”’ behavior, and a violence risk for my heresy of talking about the anthrax vaccine.

“Everything I said came straight from Congressional reports and General Accounting Office reports. … The whole thing was about how they needed to start a ‘psycho-social profile’ on me because I spoke about the anthrax vaccine.

“Well, how awful I felt. I came to the cold realization that I had been used as a guinea pig, I ended up with health problems, and I dared mention the fact that I had health problems due to the anthrax vaccine. For that, I was attacked and treated like I was the bad person. Speaking about the anthrax vaccine was tantamount to being a ‘violent’ person. How sweet of the VA to follow me around with security because I was used as a guinea pig.

“I would have rather been shot on the battlefield than to have ended up with health problems from a shot that my own government made me take.

“Since I had to receive the shots right before I got out of the Marine Corps, and there is nothing in my military medical record showing I had health problems, even if I have been lucky enough to be taken seriously and receive a medical diagnosis, all diagnoses made posterior to my End of Active Service date are NOT considered as service-connected, UNLESS I find a doctor that is willing to do enough research into my case and the anthrax vaccine, and then put in writing the explicit statement that there is a good chance my health problems are due to the anthrax vaccine. Kind of a big hurdle, given the fact that the anthrax vaccine is a military-use, non-civilian, experimental vaccine, which very few doctors at the VA, let alone outside the VA, know about. Also, how is one to satisfy this requirement when mentioning the anthrax vaccine at the VA is tantamount to thought crime?

“Given the way the VA adjudicates service-connection, I find the VA's unwillingness to even acknowledge my health problems to be unexplainable. Even if I receive a proper diagnosis for something, it still won't be service-connected as long as the VA refuses to discuss possible causes, such as the anthrax vaccine.

“Not only was the fact that I had to get the shots right before I got out of the Marine Corps a problem, but there is yet another problem. The problem is this: Since the shots were administered regardless of whether or not one was deployed, and, for First Marine Division, regardless of whether or not one was about to get out of the Marine Corps, I was in all the wrong places to get into the Gulf War Registry, or to go to the Gulf War Clinic, or to get a disability rating for Gulf War Syndrome. I have deployed to Okinawa, Thailand, and Korea, but never the Gulf.

Anderson has other medical problems for which he is seeking treatment, and has established a website to help raise awareness of military and veterans' issues and politicians sympathetic to veterans, and of-course the danger of the Anthrax vaccine; see No Anthrax Vaccine.

Wrote Anderson to the VA prior to an appointment, “Perhaps, if I am insane, it is because I am naively believing that the VA will do something to help me. Please, prove me wrong this time."