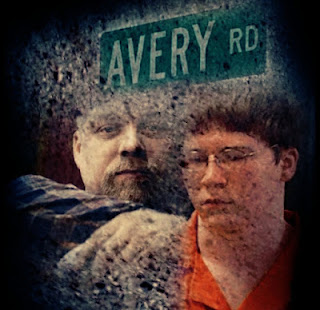 Midterm absentee voting has begun in Wisconsin, and key Wisconsin Democrats are all in, (trying to be), for police, no matter the misconduct they defend, no matter the innocent lives destroyed in wrongful conviction cases.

The August filing by wrongfully convicted Steven Avery details a new witness who contacted the Manitowoc County sheriff office to report he saw the prosecution's star courtroom witness pushing the murder victim's car onto the property of the defendant. The August filing also details that Manitowoc County Sheriff Dept failed to disclose the witness's phone call, a partial copy of which was obtained by Avery' s post-conviction attorneys, another clear Brady violation.

In this state with a horribly corrupt criminal justice system, the question remains whether Wisconsin voters will reward statewide Democratic Party officeholders who continue to block freedom for the innocent Steven Avery and Brendan Dassey, both of whom the state attorney general and governor know were framed by corrupt law enforcement, amid Brady violations, evidence planting, among other misconduct. highlighted to a worldwide audience in the Emmy-winning Making a Murderer docuseries.

Avery and his nephew, Brendan Dassey, were convicted of first-degree homicide in separate trials in 2007 for the murder of a young photographer, Teresa Halbach. Both men are serving life sentences.

The case is State of Wisconsin v Steven Avery, featured in Making a Murderer in a spectacular examination of police and politcal corruption.

Dassey is seeking a pardon from Gov. Tony Evers, pointing out the convictions are unreliable. Evers says falsely he cannot pardon Dassey because his Pardon Advisory Board advises him not to pardon Dassey.

Wisconsin Democratic Party officials, Gov. Tony Evers and Attorney General Joshua Kaul, have made the political decision to work for this corrupt law enforcement, even the disgraced district attorney Kenneth R. Kratz who prosecuted both the Avery and Dassey cases. Ken Kratz.

This is political liberalism at its most irrational. Tony Evers and Joshua Kaul will not allow crooked Wisconsin police to take a hit, and both Democrats oppose pardons and agreements to vacate the Dassey-Avery wrongful convictions.

One month into his term in 2019, Attorney General Kaul filed legal responses signaling the DOJ would stall Avery's exoneration by filing procedural objections

No matter the evidence that has piled up since the airing of Making a Murderer shined a light on police and prosecutorial corruption, Wisconsin Democrats remain committed to keeping in prison those whom they know are innocent.

Democrats love their police, no matter how corrupt, for example, Manitowoc County and Calumet County sheriff operations are, as the midterm elections feature Republican ads showering Wisconsin Democrats as weak on crime.

For Wisconsin Democrats, it's defend police no matter how many innocent lives are destroyed.

In December 2019, Tony Evers hid behind his Pardon Advisory Board, a stance the governor has continued through spokesmen in the media and administration who falsely say Evers has no choice but to take the advice of his own advisory board.

But the truth about Evers' pardon power came out two years later, last Spring, when Evers announced he would offer immediate clemency to doctors prosecuted for performing abortions under Wisconsin's nineteenth century antiabortion law. Nothing about Evers' Pardon Advisory Board and its criteria.

Tony Evers, like any Wisconsin governor, has the Constitutional power (executive clemency), to grant pardons, (grants of forgiveness restoring civil rights), sentence commutations (roughly, shortening a sentence), and reprieves, for any reason.

The gubernatorial clemency power is so broad that it is monarchical. Gov. Evers could wake up one morning and decide that only those convicted in courts presided over by judges whom we know are corrupt may be granted royal relief — perfectly within the province of his gubernatorial authority.

Evers set up his Governor's Pardon Advisory Board that advises him on whom to pardon. All clemency decisions remain Evers' and his alone. To be clear, any reporting that also suggests that Evers is bound by his Advisory Board or any other political adviser is erroneous.

After the Dobbs v. Jackson Women’s Health Organization last Spring, Joshua Kaul repeated he would not use state resources to enforce the Wisconsin anti-abortion law against convictions of women and doctors.

Gov Evers maintains the explicit state Constitutional authority and right to summarily reject the Board's decision and grant Mr. Dassey his immediate freedom with a stroke of a pen for any or no reason, (Rolling Stone).

This action would entail using capacities that to date Evers has not displayed — intellectual honesty, knowledge of Wisconsin law enforcement, and to the worst of Evers' personal defects, a moral backbone and sensibility to the call of social justice.

Joshua Kaul too could refuse today to oppose Steven Avery's new filing calling for a new trial. A witness, Thomas Sowinski, has come forward and swears in a statement that he saw the prosecution's key trial witness plant the murder victim's RAV4 vehicle on the property of the man, Avery, convicted of homicide in 2007.

In other words, a credible resident swears he caught conspirators red-handed in a frame-up scheme in Wisconsin's infamous murder case drawing headlines in state post-conviction litigation.

Further, Zellner brings another Brady violation to the Court's attention, showing a phone "call to dispatch from a witness claiming to see the vehicle leave the property was not provided to previous counsel. Zellner says her office [recently] received the 'previously suppressed' call that was placed on Nov. 6, 2005. The recording had never been disclosed to the trial defense," reports WBAY-Green Bay, citing another spectacular legal filing on August 16.

Corrupt police worked and worked until planting evidence and character assassination gave a ridiculous local press enough for the get-Avery project in the public mind in east-central Wisconsin. Corrupt Wisconsin courts okayed everything that the prosecution and police did.

The long time common law rule was “1 warrant, 1 search. Not 8 days & 7 searches/entries to SA residence on 1 warrant. We challenged the searches pretrial & (as usual) courts created new law in WI just for SA’s case to allow it. One of many “Steven Avery exceptions” to the law. 🙄 https://t.co/GTLFyVVpdI

How can you allow the continued suffering of an innocent?

It is tantamount to walking past a dying man on the street, pretending not to hear his call for help. What kind of person does that? YOU?

God has given you the power to do good @Tony4WI @JoshKaulWI. HOW WILL YOU USE IT? pic.twitter.com/UlORf1COPy

Indeed, what else are they hiding? They’ve always had this call, and clear time stamps for all calls. MTSO officials & records clerks should give sworn deposition testimony about where & how their records are stored. Maybe someone has the personal integrity not to lie under oath. https://t.co/adRhEs9n8K

It’s true. They deliberately stripped the call times from the tracks provided. We spent hours trying to discern the sequence & times of calls based only on content & subjects discussed. https://t.co/sxfmcIazrY

It’s another Brady violation. As usual in these cases, a stroke of luck defense ever found out. A new records clerk apparently made mistake & included Sowinski’s call in new open records request in May 2022. The call was hidden from us before trial & from @ZellnerLaw until now. 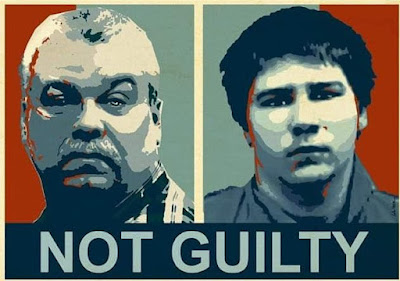