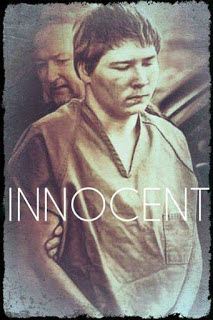 Updated - Madison, Wisconsin — The innocent Brendan Dassey has now spent more than half of his life in prison, since being pulled from school by corrupt police, Mark Wiegert (current Sheriff of the Calumet County Sheriff's Office), and Tom Fassbender (Wisconsin DoJ, DCI investigator (ret)).

Dassey and his uncle, Steven Avery, were convicted of first-degree homicide for the 2005 murder of a young photographer, Teresa Halbach. Both men are serving life sentences.

Wisconsin Democrats have backed the prosecution, and refuse to free Dassey in its politcal calculation to portray Democrats as tough on crime, no matter that Dassey and Avery are innocent.

The Democrat political scheme also serves to protect the current Wisconsin Attorney General's mother, Peg Lautenschlager, for her work in courting and protecting corrupt Wisconsin police and aiding the prosecution of Steven Avery and Brendan Dassey.

Tricking innocent children has defenders in Wisconsin: Police, Attorney General Joshua Kaul (D), every elected Wisconsin Democrat, and Gov. Tony Evers (D) singled out by Strang and Buting as a "governor ... of cruelty [and] cowardice."

Our message to Gov Evers: “By constitutional design, you can be a governor of grace, not of cruelty or cowardice. We urge you now to be exactly that,” Dean Strang & Jerry Buting wrote in a letter to the governor asking him to shorten Brendan’s sentencehttps://t.co/0SyfDnPDUe

As governor, Tony Evers has the unique and unquestioned authority to grant pardons and commutations under the Wisconsin Constitution, a power Evers has squirmed from in the Dassey case out of concern past Democrat politicians would be mired in scandal and corruption charges.

Strang and Buting join over 250 national legal experts and human rights activists in calling for a pardon or commutation for Brendan Dassey.

A member of Dassey's post-conviction defense team, former U.S. Solicitor General, Seth Waxman, said in Oct 2019 in Madison, "I have never had a case that has troubled me more than this case, that has kept me awake at night, that makes me anxious and sad. And that's because I know that Brendan Dassey is innocent."

Confidence in the integrity of Wisconsin's Judiciary can no longer be reasonably asserted in the face of the Dassey-Avery infamy. It appears Dean Strang and Jerry Buting have had enough.

In Wisconsin, it is the law itself that perpetrated the destruction of innocent life. And most everyone goes along as bystanders.