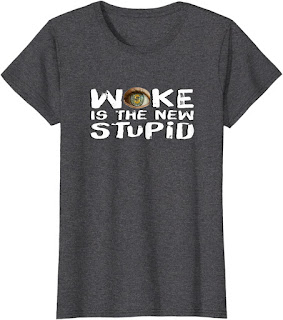 Updated - Madison, Wisconsin —  I am a "racist," "white supremacist," "Trumpist," "sheep," "rightwinger," wearer of "white hoods" who wants America to return to the 1950s, amid a "white patriarchal" commitment of my writing — a redolent, damning "choice of words" marking me an accredited racist.

I didn't know about any of this before I posted few comments about Critical Race Theory, (CRT) and "(m)y problem with sprawling iterations of CRT is it preaches whites are per force racist, wokists address me as 'white man' and so on."

But it turns out a less-than-courageous band of woke critical race theory zealots, who hide behind pseudonyms on Twitter, have divined the truth about me.

Not big readers, my suggestions to wokists to read my actual writing on racism elicited no commentary on how evidence tracks with defamation.

No, evidence is about as popular a concept as suggestions to read Norman Cohn's work on blood libel, myth and racism.

My request for evidence did bring further accusations of my being "racist," and assertions that evidentiary requests show how "fragile" and "fearful" I am of the coming end of my "reign."

It's funny how none of your responses disprove your white privilege and your racist heart. You just keep digging your own grave. Keep it up.

My initial post on Twitter, replying to an exchange on CRT, again, reads: "Not Marxist. My problem with sprawling iterations of CRT is it preaches whites are per force racist, wokists address me as "white man" and so on. In my city, school district instruct 'whites over here, colored over here' in discussing current events like Floyd murder."

But this next post seemed to elicit no comment: "CRT history is mostly correct, but CRT veers into nonsense in other fields. When I read a wokist, I think of my neighbor, WW II vet, walking his his dog past my home. A man of honor, I listen; he can't stand long these days, so chats are shorter. Bob is white, Bob is no racist."

In any event, the wokists attempted to brand me racist, and cancel me.

"The cancel culture, a witch hunt by self-appointed moral arbiters of speech, has become the boutique activism of a liberal class that lacks the courage and the organizational skills to challenge the actual centers of power — the military-industrial complex, lethal militarized police, the prison system, Wall Street, Silicon Valley, the intelligence agencies that make us the most spied upon, watched, photographed and monitored population in human history, the fossil fuel industry, and a political and economic system captured by oligarchic power," notes Chris Hedges.

Then there's e.m. lake, apparently dispossessed of rational thought, but always ready to shout out, 'you're a racist.'

& you're way too deep in white supremacy. You're Dr. King's "white moderate"-- more interested in "order" than justice. Your reign is ending. Enjoy being on the wrong side of history while you can.
You're no different than republiKKKans.
Just not brave enough to be as open.


It's the way it is now with wokists, CRT zealots, and cancel kooks.


You get the picture. The CRT/woke bunch are malicious, petulant, and damaged psyches.

Stay tuned. Most American voters who have worked their lives to become decent, principled people may not like being termed "racist" because of their color.

I agree. If I were a member of the GOP, I would be running ads on this BS. Also, wait until next year and you will see even more stuff on gender identity and trans issues. Woke activists are playing to GOP strength: crafting a brand or narrative.

Then again, one can find solace in Norman Kelly, an independent thinker who won't drink the Kool Aid.

Well, yeah, it's BS. Any ideology that doesn't allow you to challenge its precepts through dialogue, form your own opinion via debate is totalitarian. CRT is essentially the curse of Ham transferred to whites. "White fragility" is classic propaganda.

Imagine sitting in this room (for a course u prob paid for) & being told that, if you’re white, ur a #racist, will always be a racist, ur not #human, and u were born into being a demon. This…is #CriticalRaceTheory #CRT. I dare anyone to defend this sh!t. https://t.co/OpbLK3Yvqx

For @BarackObama @JoeBiden @DNC , CRT nonsense, (all whites are racist), is politically toxic. Dems know this, keep it qt. Consider my neighbor, Bob, WW II POW; walks his dog, Cody, shares stories. We love this man. Bob is white; Bob is not a racist. CRT is crazy and toxic. See?