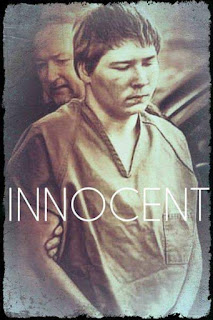 Madison, Wisconsin — There is for the worst of human beings a curse reserved for a category of human garbage — the tree jumper.

A tree jumper is a child molester; a soulless creature who preys upon the innocent for his gratification and repulsive purposes.

In Wisconsin, tree jumpers wear military black-and-blue, and they work in law enforcement. I have lived in Wisconsin all my life, and I do not believe the political culture is capable of accessing and absorbing this fact.

They preyed upon an innocent, cognitively challenged 16-year-old with the purpose of inducing an innocent child into muttering words disingenuously portrayed as a confession.

For their work, Wiegert and Fassbender received the Meritorious Service Award from the Wisconsin Association of Homicide Investigators on May 2, 2008.

Tree jumpers often seek out each others' company and celebrate each others' work, as FBI profiler John Douglas and Mark Olshaker reveal in their Journey Into Darkness, (Gallery Books; (May 1, 2010).

This is Wisconsin law enforcement, and no cop speaks out against the false confessions, wrongful convictions, police frame-ups, harassment and character assassination that follow police dehumanization and objectification. Wiegert and Fassbender's careers in law enforcement were enhanced since the tree jumpers' despicable work used to help frame another innocent man, Steven Avery.

What Wiegert and Fassbender did to Brendan Dassey, featured in the Emmy-winning Making a Murderer, appears too vile a truth to stain the editorial pages of your local paper and TV station in Wisconsin.
---
Not so for scholars Michele LaVigne and Sally U. Miles

In their paper, Under the Hood: Brendan Dassey, Language Impairments, and Judicial Ignorance, (full paper) LaVigne and Miles present work explaining the implausibility of the police lies that inflicted a "grotesque injustice done to Brendan Dassey."

Judge David F. Hamilton of the United States Court of Appeals for the Seventh Circuit should read their findings. This man's deciding vote to overturn Habeas relief for Dassey condemned an innocent child to prison for life, put there by tree jumpers — Mark Wiegert and Tom Fassbender.

"[O]ur job as a federal court reviewing a state conviction under § 2254(d) [application for a writ of habeas corpus] is not to consult scholarly literature in search of new best practices," intoned Hamilton in his dismissive opinion that overturned a federal district court and a three-judge ruling granting habeas relief to Brendan Dassey, (p.111, Dassey v. Dittman), ( Making a Murderer, Part Two;  (Episode 8; 24 minutes, 45 seconds).

Best practices? Scholarly findings explain how and why innocent children, and in Dassey's case a child with severe communication and language impairment, do not stand a chance against tree jumpers.

Below is the Abstract to LaVigne and Miles' paper (full paper) revealing what sick police and obtuse judges can inflict onto children.

Perhaps the esteemed Judge David F. Hamilton can edify himself.

Making a Murderer, the Netflix documentary sensation, introduced the world to two unlikely protagonists, Steven Avery and Brendan Dassey of Manitowoc, Wisconsin. Both were convicted of a 2005 homicide and received life sentences. Avery was the main focus of the series, but it was Brendan, a developmentally-delayed sixteen-year-old, who won the heart and outrage of viewers.

The primary piece of evidence against Brendan was a “confession” cruelly extracted by law enforcement. The voluntariness of that confession was litigated in state and federal courts for over a dozen years. Tragically, most of the courts, including the final Seventh Circuit Court of Appeals en banc majority, were completely oblivious to fact that Brendan’s had the kind of severe communication and language impairment which would have left him helpless against the out-of-control interviewing style used by law enforcement. This article examines what the courts overlooked.

In order to fully assess the interviews and their impact, the co-authors had to do an under the hood analysis of Brendan’s language and communication skills as well as the communication of law enforcement. The co-authors, a clinical law professor and a speech language pathologist, suspected that Brendan suffered from a language impairment (disabling deficiencies in oral language competency), and we were right. The court file contained school records and assessments that placed Brendan’s language and communication skills in the lowest percentile of all sixteen-year-olds. This impairment had a profound impact on all aspects of Brendan’s functioning.

The other part of the equation was more complicated, but equally revealing. With the assistance of a language transcription company we closely analyzed law enforcement communication, and how that communication would affect someone like Brendan. The results were alarming. Almost everything the two officers did in the course of interrogating Brendan violated the most minimal standards for interviewing any juvenile, but especially one with underdeveloped language and communication skills. By the time we finished our review, we were confident that the verbal behavior of law enforcement throughout the interrogations of Brendan, coupled with his poor ability to linguistically cope and his age, made him a prime candidate for unwillingly—and unwittingly—confessing to a crime he did not commit.

This article describes our findings. It shows how law enforcement essentially abused Brendan with a chaotic mess of verbiage. And how, up against such a relentless verbal torrent, Brendan never stood a chance. The article also analyzes the myriad ways that the courts were simply wrong in their assumptions about Brendan, communication, and human behavior.

On a larger scale, we believe that this article, and the process that created it, can provide a prototype for future cases. Brendan Dassey’s impairment is not unique, and within the criminal justice system, it is not even unusual. Nor, unfortunately, are egregious police interviewing “techniques.” The use of speech-language expertise and discourse analysis could be useful to prevent the kind of grotesque injustice done to Brendan Dassey.
---
JEL Classification: K14