The Volk in the United States

﻿﻿﻿﻿Dave Umhoefer and Gina Barton's piece in the Milwaukee Journal-Sentinel (MJS) this morning is paired with a prominent shot of the white supremacists group, Volksfront with which Wade Michael Page made common cause in his mass murder at the Sikh temple in Oak Creek.

The MJS piece offers more insight into what brought this white power man to the most segregated metropolitan region in America, suggesting that it might be "a woman who may have shared his white power beliefs," pictured at left-front in the photo above.

The combination ought to provoke discussion in any sane society asking 'why.' See for example, Judith G. McMullen's piece this morning, We Are All Sikhs.

More interesting than the geographical travels of Wade Michael Page are the societal forces preaching hate and fear, because in the words of Ralph McGill: "When the wolves of hate are loosed on one people, then no one is safe."

A young black man, Darius Simmons, taking out the garbage is killed in Milwaukee, Treyvon Martin in Florida, a Muslim, a Sikh, killings of innocents across the country; whatever they're not real Americans so they can't be that innocent. 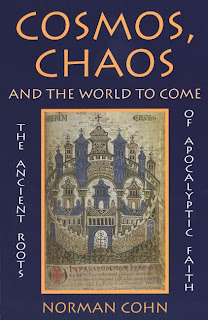 Hate and fear are aid and comfort for the likes of Wade Michael Page, self-proclaimed protector of the Volk, the German analogue of real Americans fighting off other "human beings imagined as agents of corruption and incarnations of evil," in the words of the late Norman Cohn in his Cosmos, Chaos and the World to Come: The Ancient Roots of Apocalyptic Faith (1993).

The wolves of hate and fear are loosed by the American White Party, the Republican-Tea Party, daily (as in today) dishing out coded and explicit appeals to the xenophobic racists in the American white working class.

Is it any wonder that this hate generates a harvest of hate-filled action?

Had only whites voted in 2008, President Obama would have been trounced at the polls, a fact of which the Republican Party strategists are well aware as The White Party seeks to keep away those annoying Americans of color from voting their preference, while speaking directly to whites' racial fears and delusions.

In 2010, the Republican white strategy was boosted by the fact that minority turnout traditionally drops in non-presidential years, perhaps especially so without Obama on the ballot. But the scope of success went far beyond expectations. (NYT, November 21, 2011)

Sure, scum like Wade Michael Page and the Volksfront have been driven underground by the successes of the American civil rights movement.

Not so far as to be beyond reach of the daily rants of the Walker-Romney Republican-Tea Party providing succor to the Volk pathology of many white Americans holding that the human species is composed of distinct races marked by dissimilar character inclinations and behavior patterns.

A false and psychopathologcal racial conception, the volkisch-racist outlook has played a starring role in the crimes of NAZI Germany, the destruction of the Native Americans by the US, though this volkisch conception is "irrational, unscientific and demonstrably nonsensical," as Cohn writes in Warrant for Genocide: The Myth of the Jewish World-Conspiracy and the Protocols of the Elders of Zion (1967).

Today, we have regular mass murders of the anti-volk like the Sikh, the American prison system that is a "leviathan unmatched in human history," and a major political party playing to the delusional, racist view held by Wade Michael Pages, Jared Loughner and other constituents of the American White Party.

While the generations of young Americans provide continuous hope, it is fair and prudent to ask what we will have tomorrow.
Posted by MAL at 10:05:00 AM