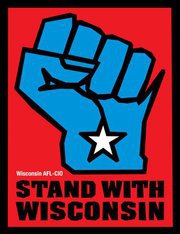 Update: For a transcript of the opinion, see WisPolitics. Judge Sumi was appointed by Republican Gov. Tommy Thompson in 1998.

It's a high judicial standard to convince a judge to issue a temporary restraining order halting a law from taking effect.

But the underhanded, anti-democratic efforts of the Wisconsin Republican Party in ignoring Wisconsin Open Meeting requirements in passing the anti-union bill have managed to become the object of an emergency judicial remedy that is granted only in exceptional circumstances.

[T]he ... decision was made soon after hearing arguments from Dane County District Attorney Ismael Ozanne and Assistant Attorney General Maria Lazar. There was no witness testimony. Sumi also denied a motion by Lazar to stay the restraining order pending an appeal.

Sumi ruled that a March 9 meeting of a joint Assembly-Senate conference committee violated Wisconsin's Open Meetings Law and went on to emphasize the importance of open government in remarks during her ruling.

'This was something that would and did catch the public unaware,' Sumi said, 'what ended up being a closed session of a body in propelling legislation forward.'

Patrick Marley, Don Walker and Jason Stein of the Milwaukee Journal Sentinel quote from Judge Sumi's order, reading in part: ""It seems to me the public policy behind effective enforcement of the open meeting law is so strong that it does outweigh the interest, at least at this time, which may exist in favor of sustaining the validity of the (law) ... ."

The order and opinion should become available online at the Dane County Clerk of Courts webpage.
Posted by MAL at 12:06:00 PM