Over Half of Afghanistan under Taliban Control 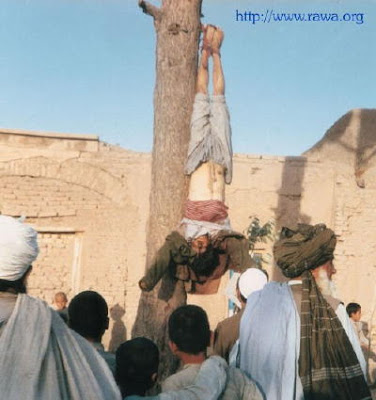 True slime who supported OBL and the 9/11 attacks. I mean these guys are worse than the Saudis that Bush and Cheney love so much

Turns out George W. Bush is not doing so well in stopping this bunch.

Six years ago coalition forces headed into Afghanistan to eradicate the Taliban. Now an international think tank says more than half of the country is under the Taliban's thumb. Meanwhile, an Oxfam report sharply criticized US-led development efforts in the region. ...

"The Taliban's ability to establish a presence throughout the country is now proven beyond doubt," the report says, adding that "54 percent of Afghanistan's landmass hosts a permanent Taliban presence, primarily in southern Afghanistan, and is subject to frequent hostile activity by the insurgency."