Jose Padilla’s Ideology and His Rights 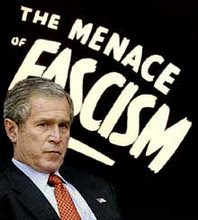 The comments and e-mails of right-wing readers are often revealing of the authoritarian mind and its views on government and liberty generally.
In response to the piece "Jose Padilla and America’s Descent into Fascism," one reader concludes that calling for the U.S. government’s observance of Constitutional protections of American citizens (Padilla in this instance) and recognition of the Geneva Convention's codification of human rights is to be equated with an endorsement of Padilla’s ideology (whatever that may be) and my sentiment that Padilla is some kind of freedom fighter.
"I'm really happy your 'freedom fighter' Jose Padilla is gonna rot in prison for the rest of his miserable life," writes one reader.
I have no interest in Padilla’s ideology, but an abiding interest in his rights.
If the commentator (from the RightTruth site) were persecuted in the same manner, I (and virtually every progressive) would argue in a similar vein for his/her rights, no matter what I would perceive to be the political-religious associations and views.

The distinction between endorsing another’s rights and another’s views is obvious outside of authoritarian ideologies that view liberty with suspicion.
###
Posted by MAL at 9:52:00 AM