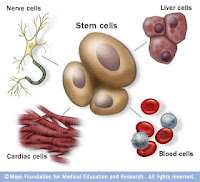 Penalty. Any person who violates this section is guilty of a Class H felony, except that, notwithstanding the maximum fine specified in s. 939.50 (3) (h), the person may be fined not more than $50,000.—Republican-authored Substitute Amendment to Assembly Bill 305 criminalizing fetal cell research in Wisconsin, under the Wisconsin Criminal Code.

This is where four years of Republican rule in Wisconsin has brought us.

Families and friends of sufferers want cures and treatments (and even understanding), and a promising young field of research faces obstinate Wisconsin religionists who would not know a stem cell or discarded fetal tissue cell from a beaker of urine.

Wisconsin Republican legislators (and only Republicans) are still trying to shut down and criminalize fetal tissue and stem cell research to which pioneering scientists have dedicated their careers and lives in a quest to understand, treat, and cure the disorders to which the human body is virtually defenseless, as Gov. Scott Walker waits—amassing god's wisdom to see which way the presidential campaign winds blows.

Now would be a perfect time for David Koch to chime in as a lifetime champion of science and the quest to cure cancer (Singer, Palm Beach Press): 'Hey, Scott Walker, don't forget who owns you. We're taking over this country, and we really would like to cure cancer, paralysis, leukemia, and blindness in the process, got it? Cultivate stem cell research, don't hinder it.'

The fetal tissue and stell cell issue epitomizes the phenomenon of know-nothing state legislators, like State Representative André Jacque (R-De Pere, Wisconsin), assuring the Wisconsin people their religious-inspired expertise in biomedical research surpasses that of Dr. James Thomson and young scientists' for the moment drawn to an innovative and thriving Madison-based research community with the promise of verdant interdisciplinary and innovative lines of stem cell investigation that one day might rival the magnitude of Dr. Salk and the polio virus vaccine.

By the way, Salk and his colleagues (oh, conspirators) relied on cells derived from fetal tissue in developing the polio vaccine.

Can you imagine if Salk had to contend with the laws now being contemplated by Jacque and his band of know-nothings who want to make Dr. James Thomson and his colleagues criminals, felons?

Dr. Jonas Salk a felon? He would be if Republicans' proposed legislation were in effect in the early 1950s and Salk worked in Wisconsin instead of Pittsburgh and New York.

The Wisconsin press, such as the Wisconsin State Journal, in this morning's lead news story continues its slanted, anti-science coverage steeped in ignorance and ahistorical twaddle, disregarding such pioneers as Salk and Thomson in an apparent effort to drive away gifted intellects from Wisconsin.

State Journal writer David Wahlberg is either being over-edited to the point of absurdity by the State Journal editors joined at the ideological hip with Wisconsin rural legislators, (even as the editorial page calls for the Wisconsin Republicans to drop its imbecilic bill to criminalize stem cell research using otherwise-discarded fetal tissue), or is engaging in journalistic malpractice in understating the stakes of this Republican absurdity.

Wahlberg hasn't bothered to read up on what Dr. Thomson and his colleagues have written over the years, including the lost decade of the Bush-Cheney years and that administration's strafing of stem cell research.

Wahlberg uses the inflammatory, religion-right's description of fetal cells as "body parts," borrowed by Jacque and State Rep. Joel Kleefisch (R-Oconomowoc), and inserted into their proposed amendment to the Wisconsin criminal code, without attribution.

Wahlberg forgets to highlight that Assembly Bill 305 is in the Criminal Justice and Public Safety Committee. "Criminal justice," as in Class H felony, throwing in this fact in the sixth paragraph.

Of the 12 members of the Criminal Justice and Public Safety Committee, a full six are co-sponsors of the bill, with the substitute amendment scheduled for a vote on Wednesday, September 9.

Jason Stein in the Milwaukee Journal-Sentinel likewise downplays reference to the crime of Class H felony for research scientists. One wonders if Wahlberg and Stein actually read the bill and proposed substitute amendment that would make felons out of researchers involved in the "acquisition, provision, receipt, or use" of fetal cells.

Wahlberg and Stein might wish to give Drs. Alan I. Leshner and James A. Thomson's December 3, 2007 column a quick read. Here the research scientists write, "Efforts to harness the versatility of embryonic stem cells, and alleviate suffering among people with an array of debilitating disorders, began less than 10 years ago. Since then, scientists have continued to pursue embryonic stem cells because of their ability to transform into blood, bone, skin or any other type of cell. The eventual goal is to replace diseased or dysfunctional cells to help people with spinal cord injuries, neurodegenerative disorders, cancer, diabetes, heart disease and other conditions" (Washington Post). Good Labor Day weekend reading.

An open and nourishing research environment applies today. Cancer is still around.

Limiting and criminalizing stem cell research derived from fetal cells is an act of lunacy.

Any legislator, or to keep it realistic as Wisconsin is the most gerrymandered state in the country, or any state senator who votes for the Republican-authored Substitute Amendment to Assembly Bill 305 should be recalled out of simple decency.

The University of Wisconsin-Madison's administrator and scientists' strategy is to argue for stem cell research in a rational manner. The statement of Vice Chancellor for Research and Graduate Education Marsha Mailick is reproduced below.

RESPONSE TO JACQUE/KLEEFISCH AMENDMENT ON AB350

-We appreciate legislators recognizing the value of existing cell lines in lifesaving biomedical research on illnesses and conditions such as cancer, Alzheimer's disease, diabetes and many more.

-However, setting a 2015 sunset would close the door on countless treatments and cures and put our scientists and state biomedical industry at tremendous disadvantage. This is because all cell lines have unique properties and existing cell lines are not a substitute for new cell lines created in the future.

-It is impossible to predict what promising scientific tools, including cell lines, may yet be developed and shutting the door is unwise. Our researchers must continue to have access to, and be involved in the discovery of, the tools that can help advance scientific progress and help find cures for patients.

-Fetal cells and tissues are not just used for treatments. They are tools that aid in basic scientific discoveries, such as understanding how cancer cells migrate or learning how the human immune system responds to drug therapies. Researchers use these tools when they are the very best option for these tasks, and often, they are the only option.

-Banning future research with fetal tissue will not reduce abortions.

-All tissue used by university researchers is the result of donations from legal medical procedures. It is donated freely after a woman has decided to terminate her pregnancy and is not sold for profit. Women do not have abortions so they can donate.

-Researchers use tissue from abortions which would otherwise be discarded. It would be unethical not to use such tissue to save lives.

-Our researchers follow current federal laws as well as our own additional strong ethical standards.