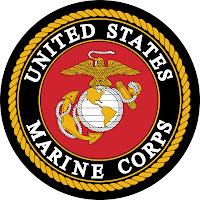 Actively seeking out the Wrongfully Convicted should be the norm.

The governor's refusal to grant reprieves, commutations and pardons is disgraceful.

Scott Walker is tough. He won't be intimidated, ask him. Even Walker has admitted 1,000s of Wisconsin citizens with compelling cases of innocence remain behind bars, and Walker does nothing.

Unfortunately for one Eric Pizer, Scott Walker does not know the difference between obtuse and tough.

"Marine Corps combat veteran Eric Pizer of Madison has commendations and medals, but feels his professional future hinges on something that's out of his grasp, so far: a pardon from Governor Walker," notes WKOW.

Scott Walker said he will not issue pardons or commutations. 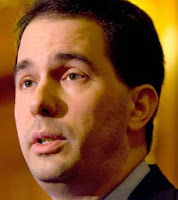 All the while the John Doe Probe I was conducted Walker denied wrongdoing, his surrogates attacked the probe, and Walker refused to issue a public call for cooperation. So Walker is showing his toughness by not granting pardons? And this guy wants to be president?

Eric Pizer needs a pardon from Walker for an after-bar fight that occurred in 2004 on military leave, in order to join the Madison Police Force nine years later.

Pizer, an actual, honorable Marine veteran, got into a fight and the responding cop decided not to just break it up and tell everyone to take a taxi home, but rather hand out battery arrests like they were X-mas presents.

Galli has a scoop here on Walker's foolish and unjust intransigence. Innocent people sitting in prison are losing their lives, and their families and friends suffer.

Walker's quote (from Galli) is: "If you pick one [to be pardoned] there's thousands of other examples out there of people who may not have the media or other outlets behind them, who would be in an equal position who probably have a compelling case to be made that we don't yet know about."

If people have compelling cases, and the Wisconsin Innocence Project, Innocence Consultants and other Innocence groups confirm this, then pardons and commutations should be granted.

But this should also be the business of government, in the interest of justice.

I can confirm compelling cases of innocents in Wisconsin prisons and jails that Walker doesn't yet know about:


Funny, but I thought government is supposed to act in the interest of justice.

Scott Walker has shown his true colors, and he is not fit to breathe the same air as Marine, Pizer from whom Scott Walker should learn something about justice.