Scot Walker's Appointee, Kevin Kavanaugh Embezzled from Veterans; Gets Out of Prison

It was announced today that Kavanaugh is getting out of prison early. Good, let 'em out. Let him live his life.

Kavanaugh had no veterans' advocacy experience, no non-profit experience and no administrative experience.

No matter, Kavanaugh was an old crony and personal friend of Walker's from years back, so Kavanaugh got the veterans' gig for services rendered to Walker.

As Cognitive Dissidence reports: "Two of Scott Walker's cronies - Tim Russell and Kevin Kavanaugh - were arrested and charged with stealing from a fund meant for veterans and their families. (Actually, the fund was being used to promote Walker and his campaign for governor.)"

With Scott Walker personally appointing scum like Kavanaugh who proceeded to steal $10,000s from veterans and their families, I don't believe Walker has a shot at the GOP nomination for president in 2014.

Running for president, with the authority of commander-in-chief, won't go without frequent mention of Walker's appointees' stealing $10,000s from veterans.

The Wisconsin media largely buried the story of Walker’s people stealing from veterans in 2011-12, the national media won't.

Not many in central and northern Wisconsin even knew of the John Doe criminal investigation (2010-2013) and Walker cleaned up in those regions of the state in the recall election winning 53.1 to 46.3.

Walker won with the help (possibly illegal) of $10s of million spent in a relatively small state. Now, these immense sums of money appear to be the focus of a new John Doe investigation.

Florida has an estimated population of 19,317,568, and its governor, Rick Scott, spent $73 million all by himself.

It was announced today that Kavanaugh is getting out of prison early.

I'm still with Joe ‘Ragman’ Tarnovsky: "The following award is being presented to Scott Walker, Kevin Kavanaugh and Tim Russell for actions BELOW and INFERIOR AGAINST VETERANS: The Distinguished RAT BASTARD Tail for Thievery and Lack of Accountability."

Learn from the Ragman. That goes double for Scott Walker.


Joe is a Vietnam Combat Veteran, having served 26 months in the Republic Of South Vietnam, 10 months with Company A, 27th Combat Engineers, 28 August 1968 to June 1969, and 16 months as a crewchief/doorgunner with the 240th Assault Helicopter company on UH-1C Hueys, the Mad Dog Gunship Platoon from July 1969 to 22 October 1970. Joe graduated from Cuyahoga Community College in 1982 with a Associate Of Arts Degree and from Cleveland State University in 1986 with a Bachelor's Degree in Psychology; he also accumulated 12 hours of graduate work at Cleveland State. He lives with his best friend, his wife, and they have 34 rescued cats, 7 rescued dogs. Joe has spoken at high schools and colleges for 25 years about PTSD, war and how not to treat returning veterans when they come home to America after fighting for their country. 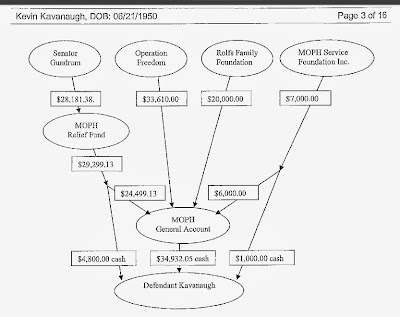