Mark Neumann Is Ready, Wisconsin Is Not 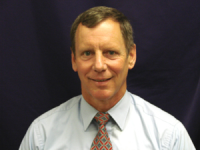 Former U.S. Rep. Mark Neumann announces today that he is running for the Republican nomination for governor.

Though Neumann will run on a saccharin high taxes and wasteful spending platform, Neumann in his own words and deeds is a hard-right ideologue packing the same anti-gay, anti-Catholic, and anti-Semitic ideology as former state senator Tom Reynolds.

Daily newspapers and television news won't feature this aspect of Neumann though he makes it clear that his religious ethics and morals guide his politics and public behavior.
But the doctrines of Neumann's über-rightwing church, the Wisconsin Evangelical Lutheran Synod (WELS), are mean-spirited and exclusionary and will become an issue.
The media campaigns of 2009-10 are not like those of 1998, the year Neumann last ran for statewide office.
And the result will be a focus on Neumann's rightwing ideology that is contrary to the views of the majority of Wisconsin citizens, but may prove an asset in the race for the Republican nomination. The new media will be an important part of Neumann's downfall.

See also:
Mark Neumann in His Own Words
Mark Neumann: The Mean Machine
Mark Neumann for Gov. - Please Jesus, Yes!
Mark Neumann's Church: An Unfair Topic?
From a past column, some examples of meanness and bigotry from the Wisconsin Evangelical Lutheran Synod (WELS):
- We recognize the Pope as the Anti-Christ by his false teachings and by his matching the traits of the Anti-Christ as revealed in Scripture, not by the alleged symbolism of something he wears or carries.
- (Luther) had hoped that the Reformation with its clear preaching of the pure gospel would convert the Jews. Luther himself provides examples from the Talmud in 'On the Jews and Their Lies' (Luther's Works 47:226-228): 'Their Talmud and their rabbis record that it is no sin for a Jew to kill a Gentile, but it is only a sin for him to kill a brother Israelite. Nor is it a sin for a Jew to to break his oath to a Gentile. ... '
- Christians must take care during their lifetimes not to regularly associate with any group or organization [like the Catholic Church] that would take their focus off Christ alone as their salvation.
- We must warn the impenitent that homosexuality, like all sins, excludes people from eternal life (1 Corinthians 6:9-10). The church, therefore, must not, bless same-sex marriages or unions, since these are contrary to the will of God. The church must not place into nor retain in the public ministry of the Word people who defend, condone, or persist in words or actions that are contrary to God’s law.
From a purely political perspective, this yuckiness does not work in Wisconsin. Where is Catholic League president Bill Donohue?
Posted by MAL at 6:39:00 AM