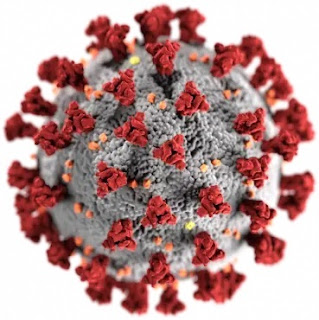 Update: See also The Lab-Leak Theory: Inside the Fight to Uncover COVID-19’s Origins, and Origins of SARS-CoV-2, (Jaime Metzl).

In 2020 to suggest that Wuhan Lab Leak hypothesis should be investigated and interrogated was considered heresy in elite circles. This was non-permissible thought, a forbidden topic, hence a media blackout.

The Bulletin of the Atomic Scientists  — the venerable journal that has long criticized government duplicity on major safety concerns  — has published major features in 2020-2021 that, in sum, reveal research scientists and U.S. and Chinese public health officials conducting themselves akin to dishonest politicians on the topic of the origin of COVID 19.

The COIVD 19 origin conversation has appeared often an exercise in thought control and propaganda, a situation made worse by the presence of a lunatic in the White House throughout 2019- Jan 2021.

On the one hand, there was a prominent research community promoting disingenuous statements on the lab leak hypothesis that were marked by misleading characterizations, deceptions, omissions and a failure to declare conflicts of interest by statement authors and organizers; on the other hand — the lunatic.

To disagree with the consensus is to engage in "conspiracy" talk, an elite research community assures us in well-publicized statements in The Lancet (Feb 2020) and Nature (March 2020).

A May 5, 2021 Bulletin feature, The origin of COVID: Did people or nature open Pandora’s box at Wuhan? by Nicholas Wade, suggests looking closer and considering the evidence, without apology to the moment's consensus. Wade's piece has reignited journalism on the origin topic.

The COVID-19 pandemic has disrupted lives the world over for more than a year. Its death toll will soon reach three million people. Yet the origin of pandemic remains uncertain: The political agendas of governments and scientists have generated thick clouds of obfuscation, which the mainstream press seems helpless to dispel.

In what follows I will sort through the available scientific facts, which hold many clues as to what happened, and provide readers with the evidence to make their own judgments. I will then try to assess the complex issue of blame, which starts with, but extends far beyond, the government of China.

Wade has written a brilliant analysis and it is crucial reading for those demanding transparency and candor from their governments during this unprecedented crisis.